In 1915, with the imminent entry of Italy into the war, the construction of a large detention camp began in Servigliano. The structure was located on the outskirts of the village, right opposite the local station of the train which ran from Porto S. Giorgio to Amandola. 32 huts were built of wood and bricks, each 300 sq m, and each of which could contain up to 125 people for a total capacity of 4000 prisoners. The camp was divided into two independent sectors and surrounded by a 3-metre-high perimeter wall.

Immediately after the beginning of military operations the first prisoners of mainly Austro-Hungarian nationality arrived in Servigliano. To make up for the lack of local labour, many of them were used as farm workers, builders, tailors or shoemakers, on the basis of the needs of the moment.

At the end of the First World War, with its painful trail of blood, devastation and misery, the camp was evacuated and the Austro-Hungarian prisoners, who had now become subjects of the Kingdom of Italy, were sent back to their lands of origin. 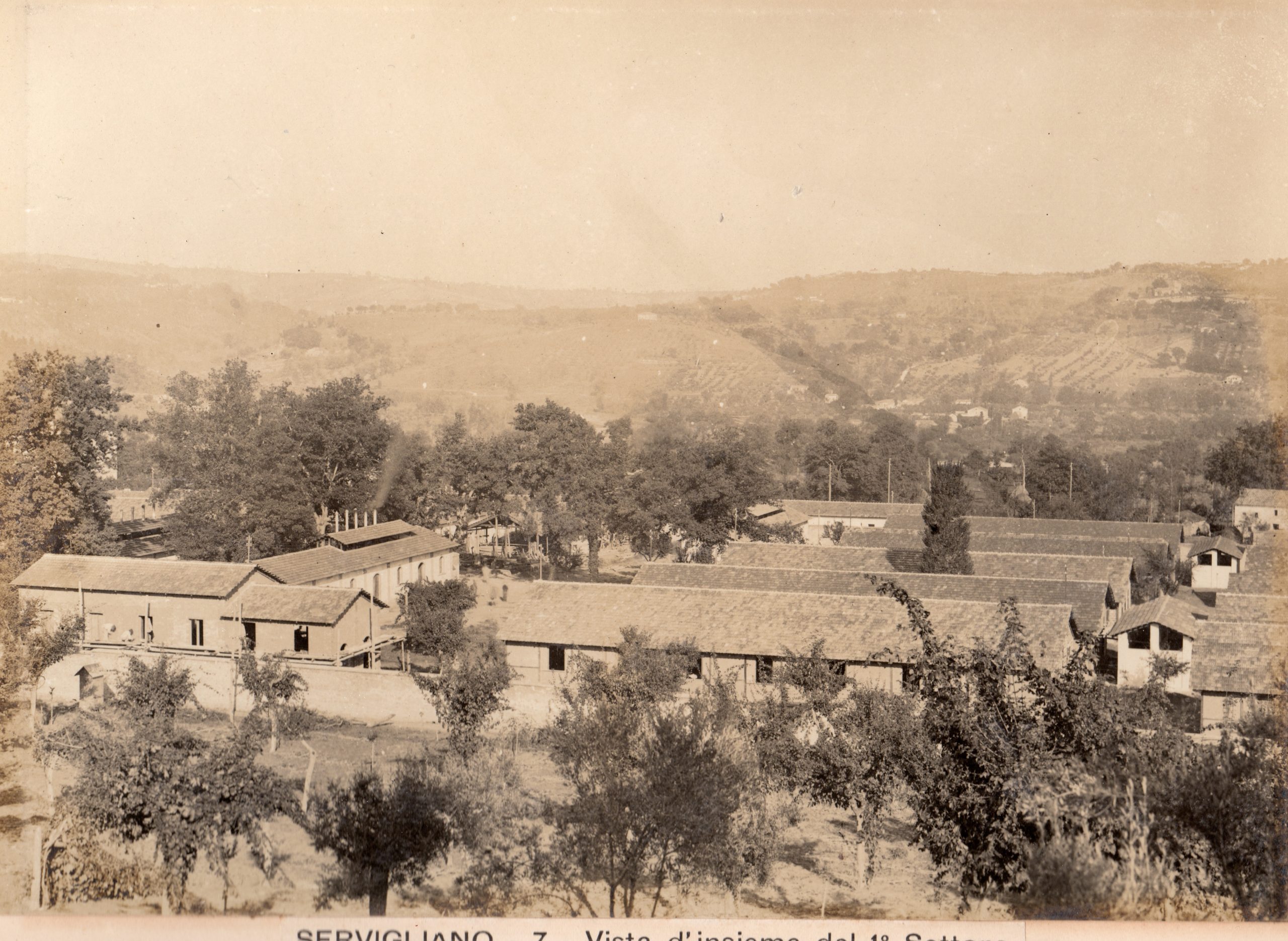 Register for the newsletter so as not to miss any of our initiatives.